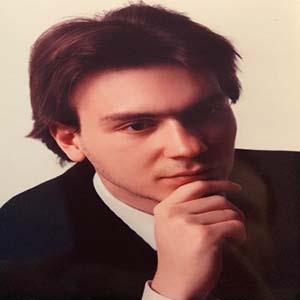 Dimitrios Devetzis is a Lecturer of Law at the School of Law of Philips University (Nicosia) and a lawyer appointed to the Greek Supreme Court. He studied law at the Faculty of Law of the Aristotle University of Thessaloniki, where he received his LL.B. (‘’Ptychion’’), graduating as “first among equals’’ (with the highest honours). After succeeding in the respective entry exams, he attended the postgraduate programs of studies of the same Faculty, receiving his LL.M. in Civil, Civil Procedure and Labour Law (Diploma Metaptychiakon Spoudon), graduating “with the highest honours’’. He continued his studies abroad, receiving a second postgraduate degree (‘’Magister Legum Europae’’) in European & Economic Law, at the Leibniz University of Hanover, in Germany. At the same institution, he undertook his doctoral dissertation (PhD) and was awarded the title of “Doctor of Laws’’ (Dr. iur.). During his undergraduate, postgraduate and doctoral studies, he has been an IKY (‘’Greek National Scholarship Foundation’’) and a DAAD (‘’Deutscher Akademischer Austauschdienst’’) scholarship holder. As an LL.M. student and PhD candidate, he worked in the Faculty of Law of the Aristotle University of Thessaloniki (as an IKY scholarship holder) and in the Law School of the Leibniz University of Hanover, as a Research/Academic Fellow.

Apart from his academic activities he has been regularly practicing law as a lawyer in several EU countries, while he also worked in the Legal Service of the European Commission, in Brussels. Since 2018 he has been serving as Visiting Professor at the Orthodox University of Congo, in Kinshasa, Democratic Republic of Congo. He has been invited as a lecturer to many conferences and seminars and contributed to the organization of such ones. His research and teaching activities also encompass the position of a Research & Academic Associate at the University of Thessaly, in Greece, and the appointment as a member of the teaching staff of the postgraduate programs of the Department of Business Administration at the same institution, where alongside his teaching & administrative duties he was assigned with the supervision of several diploma theses. His track of publications consists of a book and several articles in Greek, English and German, that have already received citations and references in domestic and international legal literature. For his work and performance, he has received many distinctions and awards. Except for his mother tongue (Greek) he is fluent in five languages. His academic interests and research areas include Civil & International Civil Law, Law of Contracts, European Law, Economic Law and Law & New Technologies.